Epilepsy is a condition in the brain which causes the person affected to have seizures.

These seizures are caused by sudden and/or temporary disruption in the way that messages are passed between the brain cells. The brain is made up of complex networks of brain cells. Each network has its own function; different networks are responsible for movement and for the senses of smell, touch and sight, for example. The cells in these networks communicate with each other through electrical impulses.

The diagnosis of epilepsy requires an accurate description of the seizures. While some people can describe their seizures themselves, most have to rely on ‘eyewitness accounts’. As many people lose consciousness during a seizure, it is important to ask those near them what the seizures look like. If you witness an epileptic seizure it is important to note exactly what happens. Do the person’s eyes start rolling? Do they start jerking? Do they lose consciousness? Video recordings of the seizures can also help give doctors a clearer picture of the situation. The patient’s medical history will also be examined and analysed. If there is any suspicion of epilepsy, they will often be referred to a hospital for further testing.

In the event of suspected epilepsy, an EEG (electroencephalogram) will be performed. An EEG records the electrical activity in the brain. This is done via electrodes applied to the head. These electrodes transmit signals emitted by the brain. The electrodes are connected to a box, which in turn is linked to a computer. This visualises the brain activity. During an epileptic seizure, brain activity is disrupted. This can be seen on the computer monitor as peaks or waves.

If a person’s seizures mostly occur during their sleep, a sleep EEG may also be performed. This EEG shows deviations which are not perceived while the person is awake. Video is also sometimes used to enable better analysis of the seizures.

Once epilepsy has been diagnosed, the doctors will try to identify a possible cause. This search often involves additional diagnostic imaging. Examining the brain in this way should reveal any abnormalities in the brain. There are various imaging techniques available such as MRI and CT scans.

In a little more than half of all cases of epilepsy, no apparent cause is found.

Epilepsy often results from a combination of factors. In some cases, epilepsy is hereditary. This depends on the type of epilepsy, the number of people with epilepsy in the family and the family relationship.

A geneticist can predict a rough estimate of the risk of epilepsy. The genetics specialist determines the risk by comparing your situation with comparable families. Epilepsy is more common in people with an intellectual disability; around 30% have a form of epilepsy.

Age is another factor. In principle, epilepsy can occur at any age. Epilepsy in children often starts at a very young age. It also occurs in babies, often developing from birth as a result of a lack of oxygen during birth, for example. Most children with epilepsy (0-18 years of age) grow out of it. Most types of epilepsy will not usually affect a child’s development. Read more about epilepsy in children here. Epilepsy is relatively less common between the ages of 20 and 60. There is an increased risk of epilepsy from the age of 60. This risk increases with age and is highest from the age of 75.

Furthermore, anything resulting in brain damage can also cause epilepsy. Various possible factors and causes of epilepsy are briefly explained below. 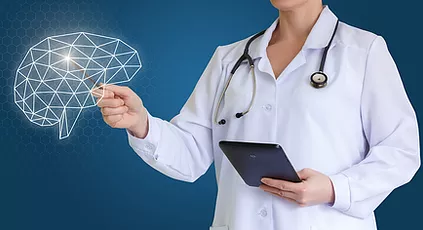 Sometimes there is also a connection between a particular situation and the risk of a seizure. These are known as triggers. Once these triggers are known, they can be avoided. Known triggers include:

The symptoms of a seizure vary for each seizure. Most seizures are unprovoked. A small minority of people can feel a seizure coming on. They experience some kind of warning sign. These seizure warnings can vary. Some people may get a headache or feel dizzy or nauseous just before a seizure, for example, or see flickering lights. Others notice an unusual smell or hear strange sounds. These seizure warnings are also known as auras. For those who do not feel seizures coming on, their epilepsy symptoms and behaviour shortly before and during the seizures can vary. These epileptic symptoms and behaviour may include:

The relationship between sleep and epilepsy is often complex.

While sleep disturbance can trigger an epileptic seizure, epilepsy during the night can cause sleep disturbance itself. There are many types of epilepsy which occur mostly at night. Some seizures specifically happen during certain sleep stages, for example. Most nocturnal seizures are brief and primarily occur at the beginning of the night or just before waking.

Other factors can also contribute to nocturnal seizures, such as the influence of the biological clock, a lack of sleep, stress, light and dark, relaxation and exertion, and hormonal factors. While many nocturnal seizures go unnoticed, they can potentially lead to unsafe, risky situations. If a person falls awkwardly and/or hurts themselves during a seizure or feels no pain, for example, or if the seizure lasts too long (status epilepticus). If such a situation goes on for too long, it can physically exhaust them to the point of becoming life-threatening. In some cases, a person can even die suddenly as a result of epilepsy. Read more about Sudden Unexpected Death in Epilepsy (SUDEP) here. It is therefore crucial that seizures are noticed promptly, especially at night.

A special detection system can identify nocturnal seizures. One example of such a system is NightWatch. This wireless armband has been shown to detect 9 out of 10 urgent seizures. Read more about the advantages of NightWatch here.

On this website, you will find a more detailed article about sleeping & epilepsy with additional information and useful tips.