SUDEP, what are the risks and is there anything you can do about it?

My name is Asmund Tielens and I am the founder and CTO of LivAssured (manufacturer of the NightWatch). My wife and I have three children: a daughter and two sons. In the blog below, I talk about my views of SUDEP (Sudden Unexpected Death in Epilepsy).

When it comes to risks, one needs to consider things such as the size of the risk is and how much effort is required to do something about it. That is easier said than done, especially for people who are not accustomed to risk management. Then there is also the emotional aspect. Truly terrible things seem to occur more frequently than less frightening things. Take the fear of flying, for example. Flying is by far the safest mode of transport, but it is easy to imagine crashing from a height of many kilometres! We are going to try to assess the risk of SUDEP in this blog so that everyone has a fair chance of making their own choice.

What is SUDEP? It is explained on the SEIN (Stichting Epilepsie Instellingen Nederland) website. The video below describes SUDEP.

Do we ourselves offer advice? Yes and no. We try to refer to scientifically proven advice but are very cautious about personal advice. After all, the latter concerns each person’s perception of “quality of life”, among other things. And then there is the issue of whose quality of life is meant: the parents or the children? At my father’s funeral, I told the attendees how much my brother and I loved it when he helped us with our mopeds and – when we turned 18 – our powerful motorcycles. I had many exciting adventures, and fortunately, I survived. Of course, I would not have complained if anything had actually happened. Later, I did all I could to prevent my children from riding motorcycles. I know that kilometre by kilometre, motorcycles are 20x more dangerous than cars. If something were to happen now, I would certainly complain. (NB those who suffer from a particular kind of epileptic seizure are 100x more likely to die of SUDEP than the average Dutch person is to die in a road traffic accident, see below). 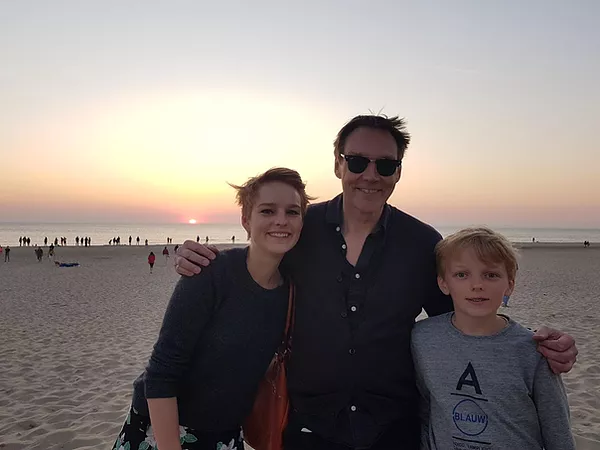 Asmund with his daughter and son

The danger of so-called “common-sense” advice is that it is not scientifically substantiated. Given my existing knowledge of SUDEP, for example, I believe I know what I would do in the case of my own child. But I would not include that advice in a blog read by many people, because there could be very serious repercussions if the advice proved incorrect and the blog had been followed by many people. A well-known and notorious example is the unfortunate advice given by Dr Spock in relation to something similar, namely SIDS (Sudden Infant Death Syndrome). You can read on Wikipedia that this famous paediatrician sold 50 million books entitled “The Common Sense Book of Baby and Child Care”. Regrettably, he advised that babies should be placed on their stomach or side so as not to choke on their own vomit. The same Wikipedia page states that that advice is estimated to have cost the lives of 60,000 infants; it annihilated more years of life than the atomic bomb! On the other hand, many were to blame, because the unfortunate advice had been issued as far back as 1946, and only after many scientific articles over many decades was the general advice that placing babies on their backs represented a negligibly small risk of SIDS issued in 2004. The erroneous advice remained in place for 60 years! In the case of SUDEP, there is a similar observation to which we will return later. Victims of SUDEP virtually always lie on their stomachs.

People with chronic seizures are generally at a far greater risk of dying (as the result of a seizure) than people who do not experience seizures. There is a risk of dying unexpectedly during the night after a seizure (Sudden Unexpected Death in Epilepsy, SUDEP). In the few cases that could be researched, it was shown to have happened after a Tonic-clonic seizure, with life slowly draining out of people within fifteen minutes (Epilepsie 2 June 2015, Brian J. Dlouhy et al.). For that literature study, there had been a worldwide search for SUDEP casualties who had been attached to a monitor but nevertheless did not receive any treatment. Fortunately (but not for those involved), there were only nine. All nine died within 1,000 seconds of a Tonic-clonic seizure. This was preceded by obstructed breathing (apnoea) and a more or less simultaneous decrease in heart rate (bradycardia). These patients were also laying on their stomachs.

What is a Tonic-clonic seizure?

Is there anything we can do to prevent SUDEP? And how great is the risk of SUDEP? A recent publication (Neurology 16 October 2018, Marije van der Lende et al.) looked at instances of SUDEP amongst the residents of epilepsy institutions. The average risk of SUDEP was 3.5 cases per 1,000 patient-years (by way of comparison; that is 100x higher than the average risk of dying in a car accident in the Netherlands).

People with SUDEP experience in the UK⤵

Can we do anything about it? Yes, because an important conclusion was that the risk of SUDEP was reduced threefold in scenarios with close supervision as opposed to situations in which the patient was at high risk of the seizure going unnoticed. The article did not look at what the nature of the aftercare was that led to the great improvement, so no parallels were drawn between the low risk of SUDEP and the high likelihood of a seizure being noticed by another person. The article came to the clear conclusion that those who died of SUDEP were virtually always found lying on their stomachs (while that position was absolutely atypical following an epileptic seizure).

An older study came to a similar conclusion in relation to the effects of care given to people suffering from chronic seizures. The conclusion was that the risk of SUDEP was substantially lower if a second person (at least 10 years old and without a mental handicap) slept in the same room (NB here too, it was unclear whether the person in question had any care arrangements in place).

Far more research is certainly still required to really understand the mechanisms behind SUDEP. On the other hand, great strides have been made in recent years with regard to scientific research into facts that can assist us globally in making personal choices.

Let us share as much knowledge as possible! Including those things discovered long ago, which have since been forgotten. Let the case of Dr Spock motivate us to maintain a critical view of science and practice. 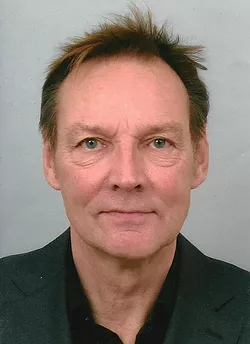