The Eberwein family from Reutlingen, Germany
Julian is 10 years old. He is a bright boy who enjoys playing the guitar and computer games, like all teenagers do. He likes the Minions, and he loves holidays best, especially going away with his family. I met the Eberwein family from Reutlingen in bright sunshine at their holiday home in beautiful Reifnitz on Lake Wörthersee (Carinthia/Austria). Julian, his mother and father, Gina and Walter, and his sister Annabel are spending a few days in Carinthia and Italy. ‘Holidays for the soul’, Gina calls their time there.

Julian spent a large part of the first six years of his life in hospital, due to severe vomiting and dehydration following any childhood illness. Gina recalls that they must have visited the hospital in Reutlingen 15 times during those years. Julian’s doctors thought he had diabetes, and the family was given a blood sugar monitor. The suspicion was not confirmed, but the vomiting continued. Julian developed breathing difficulties and was given an inhaler. From the age of seven, the vomiting subsided, but they regularly went to the University Hospital in Tübingen for further examinations. Eventually, he was diagnosed with KBG syndrome (also known as Hermann Pallister syndrome), which is associated with developmental delays and possibly increased forgetfulness. His parents were unaware that epilepsy is associated with the syndrome and can occur. SPC monitoring occurred regularly, but like so many families, COVID-19 made it very difficult to attend hospital and undergo SPC. 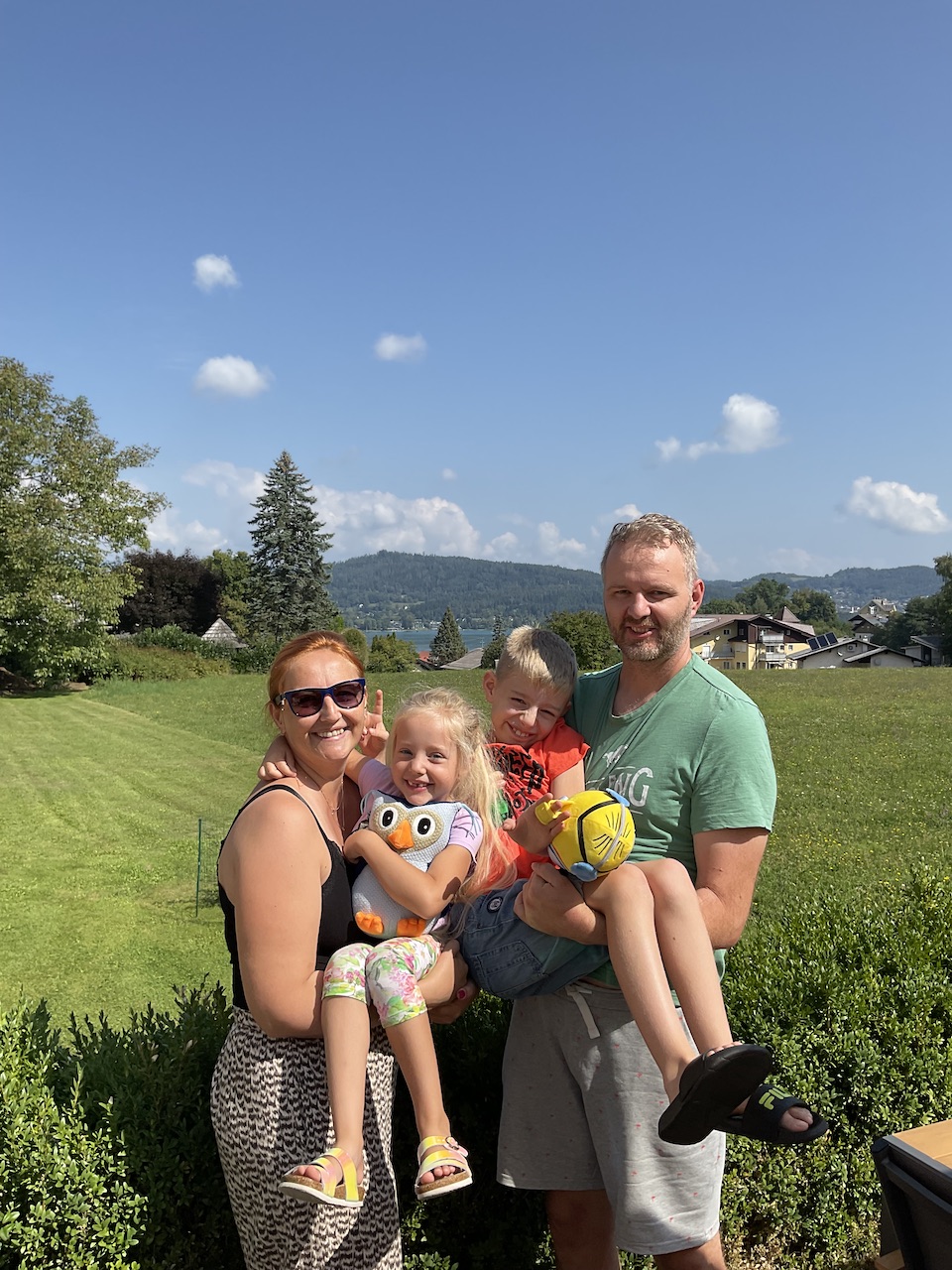 Around mid-July, Julian passed out unexpectedly for the first time, and just fell over while playing the guitar. Fortunately, his father was nearby and heard him fall. He found Julian lying on his side on the floor as if asleep. “We thought maybe he had a migraine or was just tired. My wife quite often suffers from migraines and is sensitive to changes in the weather, and we thought Julian might be too,” his father said. “Unfortunately, Julian could not remember anything after he lost consciousness, not even that he had fallen over,” Julian’s dad recalls. 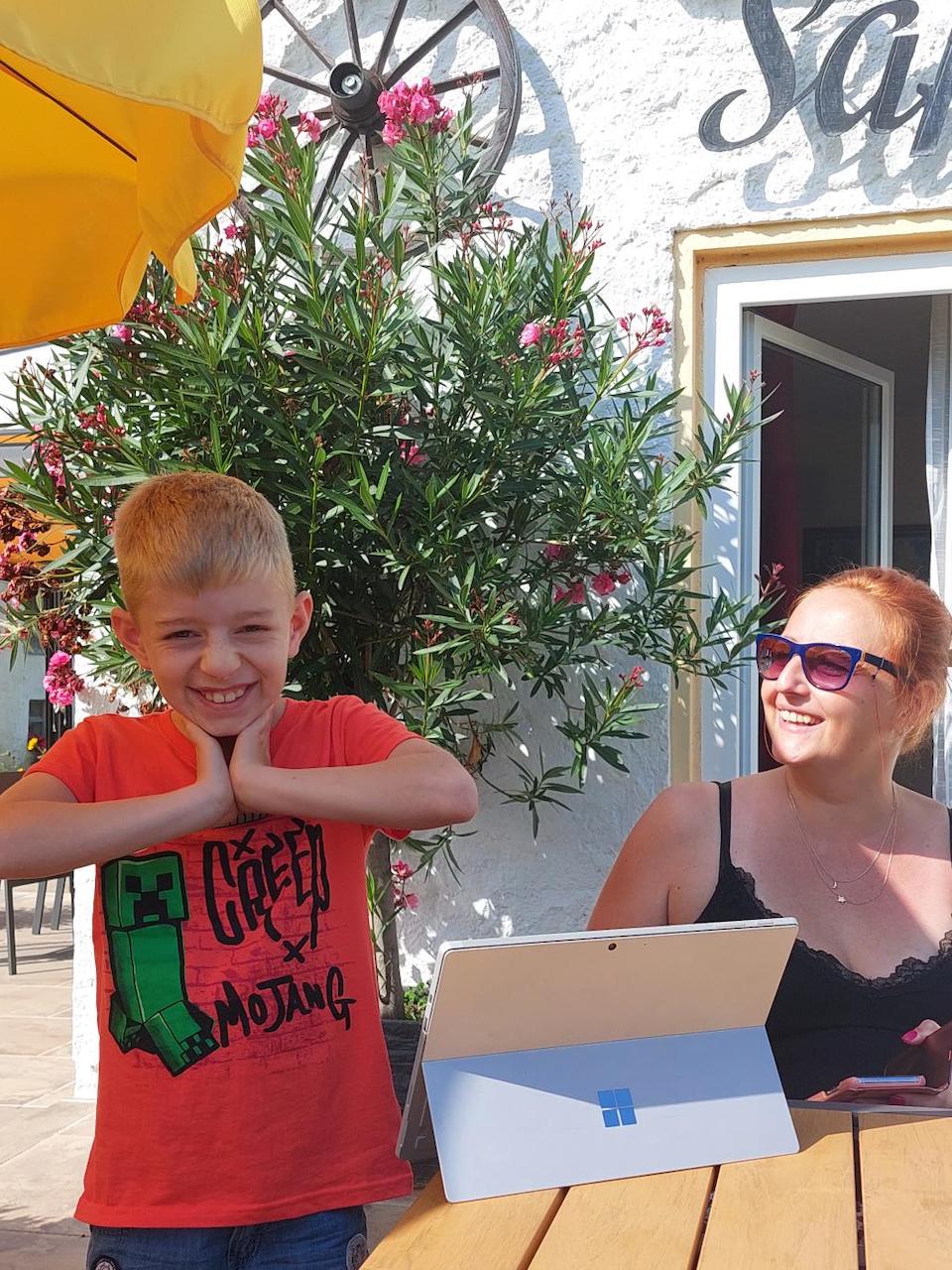 On August 19, they had to take Julian to the hospital because the previous night, at his grandparents’ house, he had suddenly passed out, fallen to the floor and convulsed. His lips were blue, his teeth were clenched and his grandmother panicked because she could not hear him breathing and thought he had swallowed his tongue. She put a wooden spoon between Julian’s teeth to keep his mouth open and turned him on his side and then he gasped for breath again.

At the hospital, Julian was diagnosed with a so-called ‘afebrile seizure’, which simply confirms that a seizure had occurred, caused by some sort of event, but not necessarily epilepsy. However, further EEG examinations did detect signs of epilepsy. Further examinations would follow.

When Walter and Gina tell the story, it is obvious how upset they were about the first seizures. “What should I do if he has a seizure? What do I do if his tongue falls backwards? What do you do if you are afraid that something will happen to your child, if his airways are blocked, for example?”

The doctor was able to advise them. “Put padding around him so he doesn’t hurt himself. Lay him in a stable position on his side and wait two minutes to see whether he comes round on his own. If not, give him an injection with the emergency drug (Midazolam) and, in any case, call the ambulance if the seizure lasts longer.”

When I asked whether the hospital had recommended that the family attend a first aid course or seek further advice from a counselling centre, the answer was “No”. “There is still a lot of work to be done in the hospitals,” according to Walter and Gina Eberwein. “No surveillance was recommended to us either, but we had been catapulted into a completely different world as a result of these incidents. Nothing was the same as before. Suddenly everything was different. The worst thing was when we read about SUDEP on the internet. No one had mentioned it in the hospital. Obviously, it made us feel very insecure.”

On their own initiative, driven by insecurity and fear, they scoured the internet to find more information and any online seminars they could attend or for ways to monitor their child at night. There they came across NightWatch for night-time surveillance, but they would also like daytime surveillance and are considering getting an assistance dog, which is very expensive.

“We then talked to our paediatrician about NightWatch, and she supports us in everything concerning Julian, which is really great,” says Gina. “Unfortunately, since the incidents, I’ve tended to become a helicopter mum, which I wasn’t at all before. My children are very independent and confident.”

And Julian and Annabel are also very close siblings: they share the cuddly Buddy, which comes with NightWatch. Julian can use it when he goes to sleep, and Annabel has it during the day. Buddy was also allowed to accompany the family on their trip to Klagenfurt.

The family has been renting NightWatch for three months now and luckily NightWatch was able to arrange for it to be promptly delivered to their holiday destination. Gina was relieved about that. “I noticed that Julian was very relaxed as he slept last night. He slept deeply and soundly – different from usual because he has been sleeping very lightly lately, and snoring. I would have been happy to listen to his steady breathing all night.”

We continue to wish the Eberwein family all the best!!!